As stated in my post on Tuesday, we had headed south to the area of the Plitvice National Park for a organised trip and walk around the park area.

Wednesday saw the group ( except Sarah and another lady) stood waiting for our bus to take us the 10km to the entrance to the park area. It’s an area of 29.63 hectares ( I believe that’s quite big) with 16 major lakes and numerous smaller lakes stretches from a height of 1278m down to 386m at the base of the canyon of the Korana river. It is also home to Veliki Slap, the highest waterfall in Croatia at 78m – slap means waterfall in Croatian.

There are various walking trails leading from the entrance to the top of the park and these vary in times and distances. Our group had chosen. 5 mile (8km) route + a boat ride and road train return from the summit.

So we arrived shortly after 9am but unfortunately our guide didn’t arrive until 10am (communication mix up) by which time the park was busy busy busy. Apparently the biggest single nation to visit Croatia are the South Koreans – this is because a TV program shown there is filmed in Croatia. Well yesterday must have been National let’s go to Croatia day in Korea!

Mrs Mac chose to stay behind because Rockydog wasn’t allowed on the coach and she’d previously been made aware that a lot of the pathways around the lakes are uneven wooden duck boards measuring about 1m wide. As it happened, if she’d come, by about 1015 due to the volume of people, there would have been an international incident with a bus load of Koreans being knocked into the lakes, empaled on the selfie sticks ( they wouldn’t be smiling then) and Mrs Mac uttering in her defence as she was carted away to jail that they shouldn’t just stop dead to take piccys or walk hand in hand, twenty abreast.

View from the first viewing platform looking down to the lower lakes – where the trail leads down to.

Gives you an idea,

The limestone apparently gives the water the green colour- although up close it’s really clear. 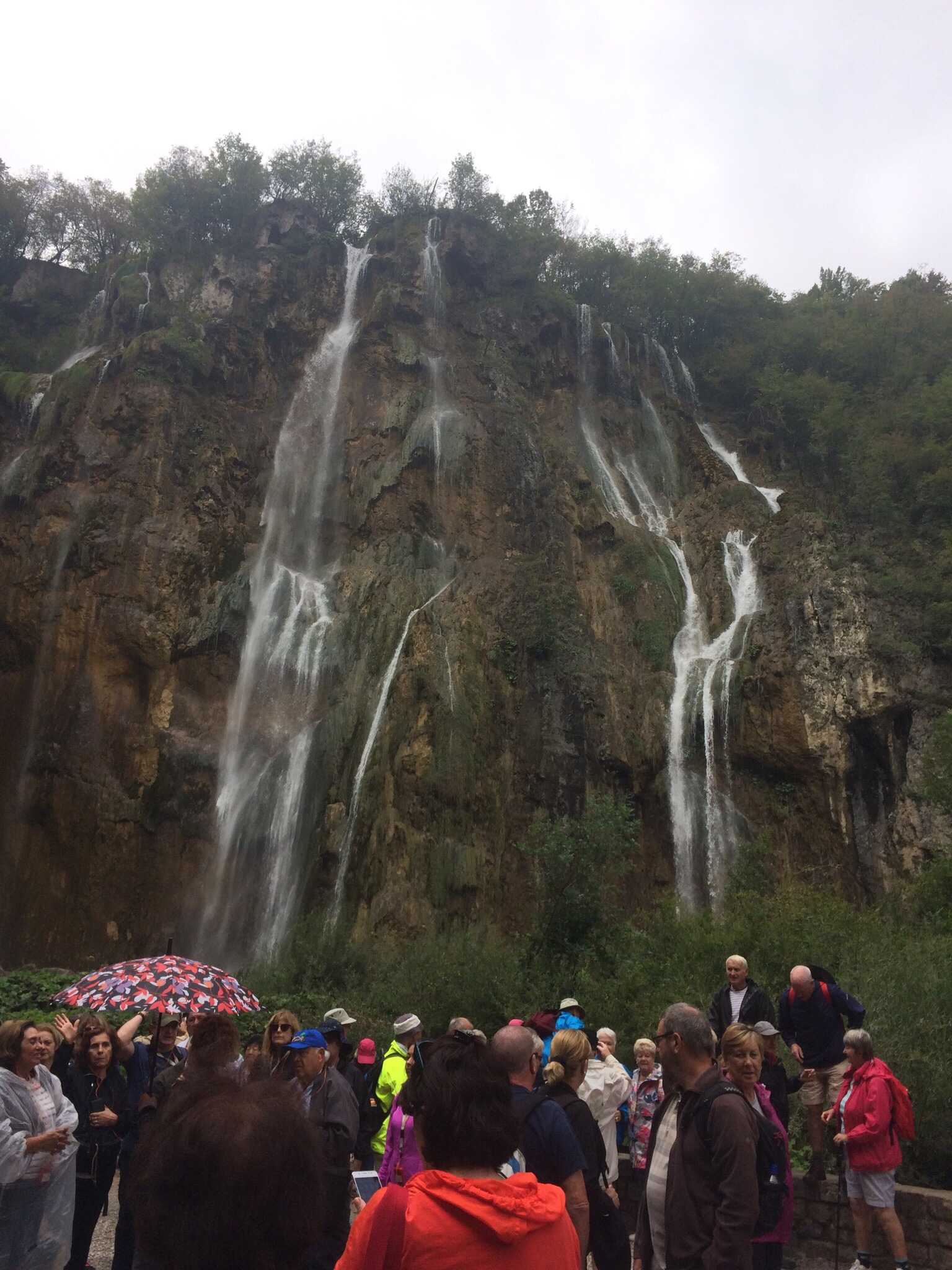 After our road train journey ( a Mercedes Unimog towing two large train like carriages, we made our way back to the park entrance and coach back to the site where some of the group headed for the bar and I returned to Mrs Mac and to see if Rockydog was talking to me, having been left behind.